With Love starts by asking: what’s the most loving thing we can do in this situation?

With Love means not worrying about the end result but making small decisions each day that are in the best interest of our teammates and customers.

The company’s model for business is captured in its Thriving Circle, which begins with a focus on individual teammates. When teammates treat themselves with love and respect, it helps shape an amazing company culture, which in turn creates an unparalleled experience for customers.

At every point on the customer journey, we map and figure out how we can go above and beyond a customer’s expectations. We encourage our teammates to share their stories, particularly ones where they did their job “with love.”

A few days before a scheduled sales appointment, the RbA Manager called to confirm the appointment. When told the visit would last around 90 mins., the prospect said that was not acceptable because it impacted dinner preparation, which required a lot of time due to dietary practices. The RbA Manager and the prospect discovered they shared a passion for preparing whole food meals. After a few minutes of swapping stories and recipes, the Manager rescheduled for a more convenient day and time.

On the day of the appointment, the prospect called RbA to cancel the appointment because her husband had just lost his job earlier in the day. “I was pretty emotional. The Manager heard me rant for a few minutes about my situation and very kindly told me not to worry and that he would call me back in a few weeks.”

That night, the prospect discovered a bag on their front steps from a local organic restaurant with this note; “When you accept what is, every moment is the best moment. I hope this food helps with this difficult time. Tim” That experience, according to the prospective customer, “was the nicest thing a stranger has ever done for me and my family.” She went on to say, “I can’t even call it great customer service because it was so much more.” The prospect told her sister-in-law about the experience with RbA, and a week later, the sister-in-law purchased windows. “She loves them and when we’re ready we’re going with Andersen, I just hope Tim can come to my house, so I can give him some of my Kimchi!!”

Moving a Customer to Tears

As an Installation Manager was measuring windows in a master bedroom, he noticed a hole in the master bedroom door caused from a gunshot from their neighbor in the duplex. The customer had been living with the shot-up door and walls for about a year. When hearing that the gunshot could easily have proven fatal for the customer, and that the customer had no recourse to have the door replaced at no cost, the installers offered to donate their time to hang the door and jam, and RbA offered to pick up the expense of a similar pre-hung door.

The gesture brought the customer to tears. The Customer Service Manager praised the Installation Manager and Installer for not only lending an ear, but for lending a helping hand to delight a customer. The Customer Service Manager recounted, “The best thing is this has nothing to do with selling more product – it’s just the right thing to do, and when it’s genuine like that it really brings that delight piece to life.”

At a sales call during the holiday season, a prospective customer was preoccupied looking for a glucose meter. One of the Sales Reps picked up on it, inquired about the brand, and researched where he could purchase a meter while the other rep prepared the leave-behind paperwork. Although the customer did not commit to the sale, the Sales Reps went down the street to CVS and purchased an identical meter and brought it back to the customer.

The prospective customer was overwhelmed and thanked the RbA teammate many times. The gesture created goodwill for RbA, and demonstrated that it’s not always about the sale—it’s about taking care of each other.

The customer and his wife were born and raised in Italy. Even though the couple has been in the United States for over 30 years, they still found themselves overwhelmed by American culture and the digital age. The customer told the RbA Project Consultant more than once that ‘this world’ moved too fast for him and his wife.

Since the couple did not use email, conversations were done the old fashioned way—on the phone or in person. As such, the customer required extra handholding. “He needed calls returned immediately, and questions answered immediately.” By adapting to the communication style of the customer, on multiple occasions, the RbA Project Consultant and Installer  caused the customer to well up with tears of appreciation for the treatment of his wife and himself.

Their home was built in the mid-90s, and from the start, the windows were never right. The solutions offered by multiple contractors and energy auditors weren’t right either. On the day the RbA Project Consultant was in the home, a contractor was in the attic removing 12” of insulation. A prior contractor had added the insulation after convincing the customer that the problem wasn’t his windows, but rather he didn’t have enough attic insulation. The additional insulation buried the soffit ventilation and, according to the Project Consultant, created enough humidity “for a mushroom farm.”

The customer was thrilled to see that RbA’s windows were plumb, level, square, and looked magnificent. “The relief in his eyes and in his voice caused me to hug him on the way out and this salty, 70-something man hugged me right back.”

Through Door of Opportunity, Esler Companies provides funding to students of limited means to continue their education beyond high school. 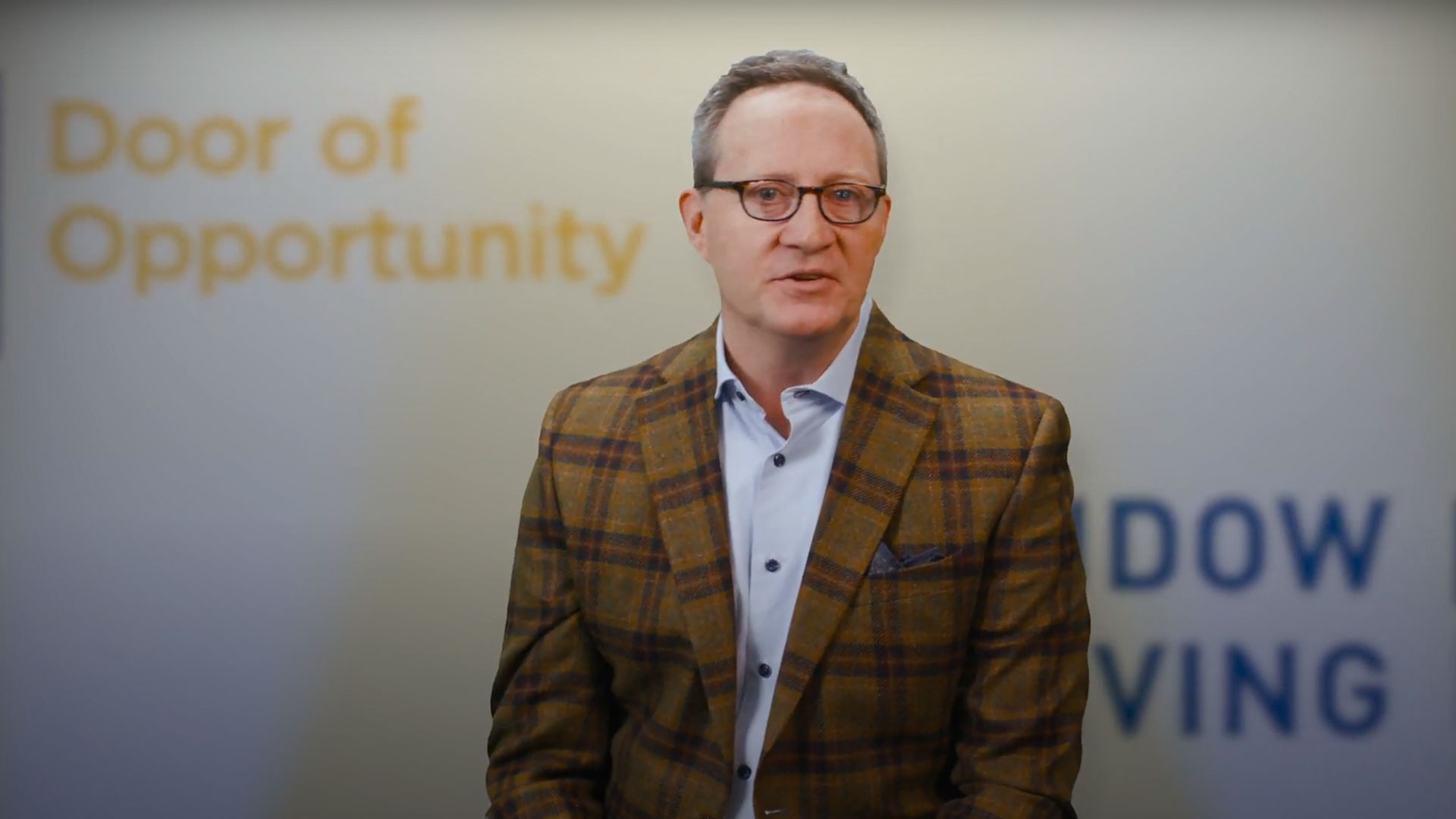 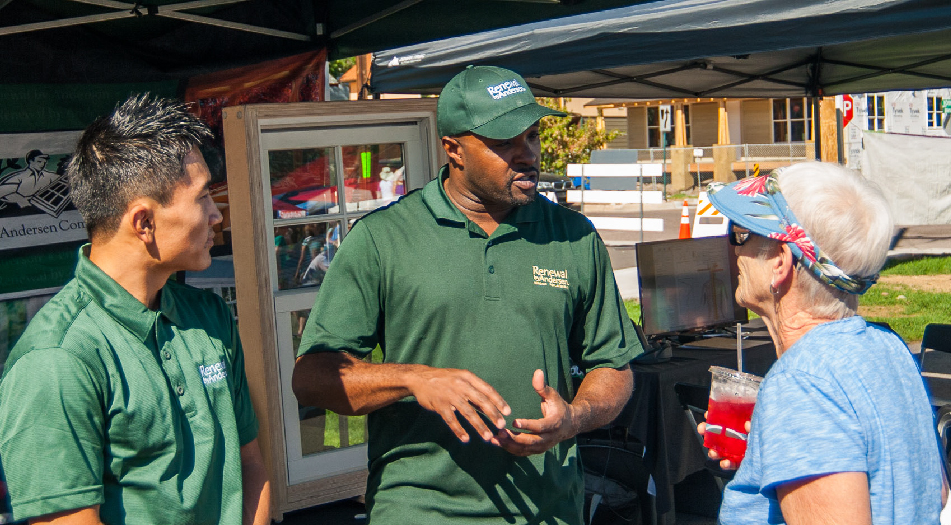 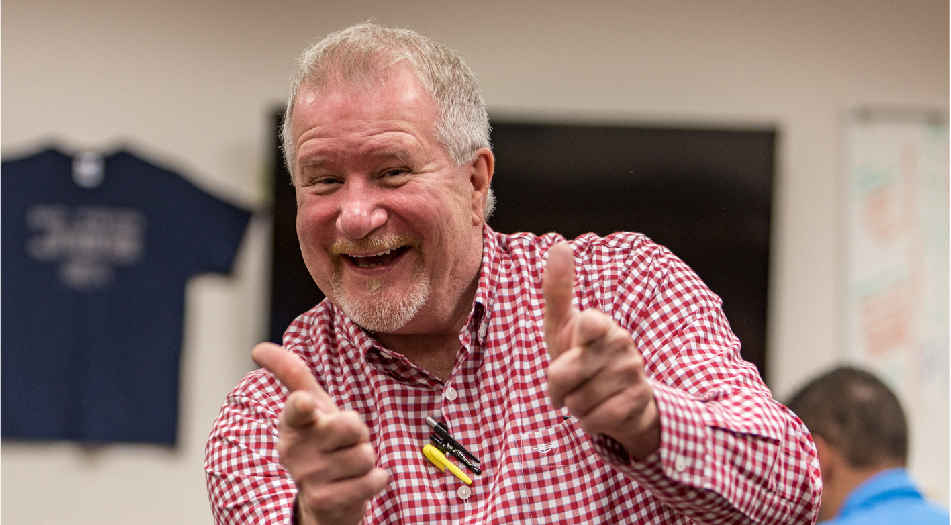