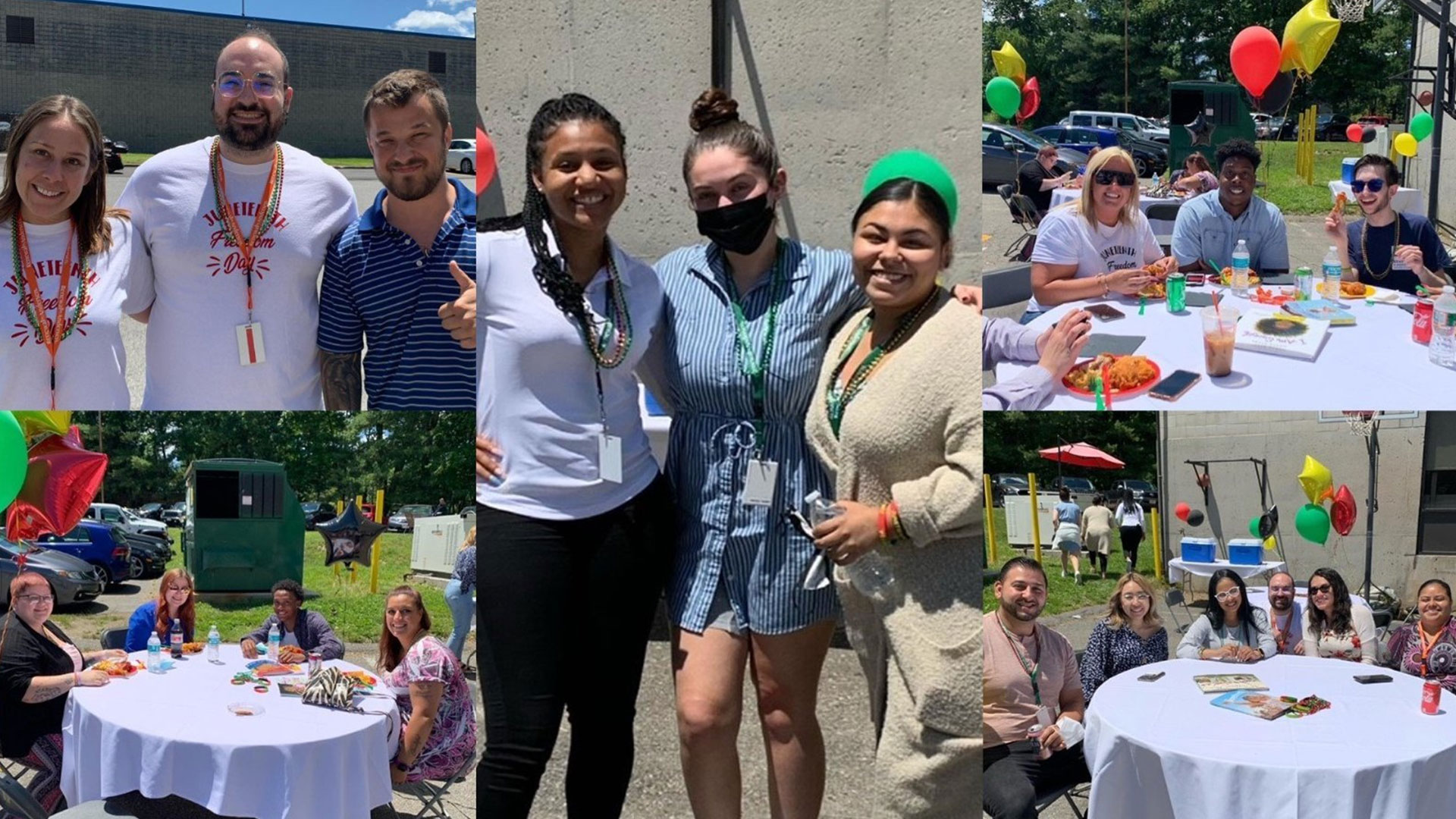 Over the weekend, groups across the U.S. gathered to celebrate Juneteenth, a holiday celebrating the emancipation of enslaved people in the U.S.

Last week, at the Telefluent Inside Sales Center for Esler Companies in Northborough, MA, Vanessa Lugo and Rachel Kamau, gathered the team together to celebrate the holiday.

About 100 people attended the event. They ordered food from their local Black-owned restaurant, Addie Lee’s Soul Food, and had children’s books from a nonprofit called Young, Black and Lit. Young, Black & Lit was started with the mission to increase access to children’s books that center, reflect, and affirm the experiences of Black children.

The Window of Giving branch at Esler also gave Young, Black and Lit a donation of $2,500 earlier this year to support their efforts. For each Renewal by Andersen window installed, $5 supports the Window of Giving program, providing paid volunteer time, “wish list” donations, grant funding and sponsorships, and a 3:1 corporate match.

The emancipation proclamation was established in 1863, making it illegal to own people. Juneteenth (short for “June Nineteenth”) marks the day when federal troops arrived in Galveston, Texas, in 1865 to take control of the state and ensure that all enslaved people be freed. The troops’ arrival came a full two and a half years after the signing of the Emancipation Proclamation on January 1, 1863. Juneteenth honors the end of slavery in the United States and is considered the longest-running African-American holiday.

Renewal by Andersen is the full-service window-replacement division of 115- year-old Andersen Corporation, the owner of the most trusted family of window brands in America. RbA was founded with a mission to redefine the industry and to offer a different—and better—window-replacement experience. Renewal by Andersen has seven company-owned locations, and over 100 independently owned “affiliates” across the United States. The Esler Companies is the holding company for a fleet of the top Renewal by Andersen (RbA) “affiliates” in Greater Philadelphia, Colorado, Arizona, Southern New England, Texas, Oklahoma and a sales and marketing ‘engine’ in Northborough, Massachusetts.